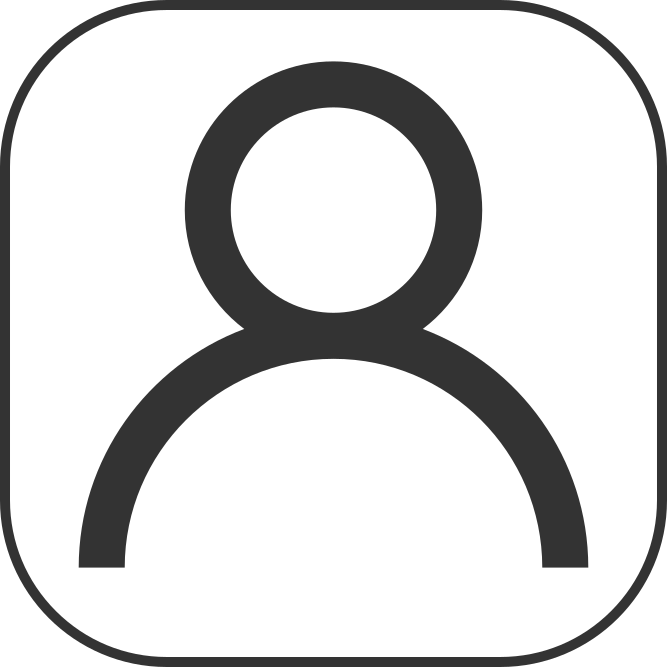 By land, water or air, the Armed Forces play a fundamental and strategic role in protecting the Amazon. To carry out this mission, one of the main obstacles is logistics. The continental distances of the region represent a chapter in itself in fighting against criminal actions and also in carrying out social activities. Usually, the population has no idea of ​​the daily and continuous anonymous work carried out by the Air Force, Army and Navy.

The three corporations have distinct characteristics. But, for the best performance and success of the missions, they work together and also in partnership with other federal, state and municipal institutions. Although few people know about it, one of the tasks of the Brazilian Air Force is to transport human organs in cases of transplantation.

Another interesting fact is that the 23rd Infantry Division of Jungle Brigade, in the municipality of Marabá, is one of the most out-and-out in the entire Brazilian Army. It is a ready-made force to act in any part of the national territory, and abroad. For 2020, the division has already received an extra mission: to qualify a company to be used in peace operations.

Regarding the Navy, to have a thorough idea of ​​the work performed in the region, the land area under the responsibility of the Command of the 4th Naval District is equivalent to around 23% of the entire national territory. The maritime dimension, including the search and rescue area of jurisdiction, is around 2 million km².

The military men of the Armed Forces have also played a decisive role in combating covid-19, especially in the most critical periods of the disease in the region. During the pandemic, for example, the Army carried out 2,419 disinfection procedures in different areas and also provided support for immunization, contributing with the logistics for the application of 380,000 vaccines. Along the ‘Operation Covid’ and facing the mission to integrate the country, the Brazilian Air Force [FAB] performed 6,225 flight hours and transported 5,018 tons of cargo and 11,710 patients. This feat represented the equivalent of circling the earth 107 times.

By air, FAB guarantees vaccine, food and transportation for patients and organs

Located in Belém, the First Regional Air Command (I Comar) operates in Pará, Amapá and Maranhão. The commander, Air Brigadier Major Maurício Augusto Silveira de Medeiros, says that ‘defense’ is the primary action taken by the Air Force in the Amazon. “Our mission is to maintain the sovereignty of the airspace, but we also have other missions to integrate the national territory. We've been working in the Amazon for 80 years,” he says. Integration is performed, for example, by means of the transport of organs for transplantation and vaccines. “Now, during the Covid pandemic, we have been carrying a lot of oxygen cylinders. The presence of the Air Force gives citizens the certainty that the Brazilian State is present and that whatever they need, wherever they are, we will help”, guarantees Major-Brigadeiro Medeiros.

According to the commander, the Armed Forces exist to protect the country. “We always carry out this mission of protecting the borders, intercepting illicit aircrafts that transport drugs, smuggling”, details the Brigadier-Major.

One of the challenges we face, however, is having a place to land the aircrafts. “If there is not a landing field, we use a helicopter, or if there is no landing field, we build one. The Air Force works in such an obstinate way that, if there is a constraint, we try to overcome the obstacle in one way or another”, he says. Another challenge is the weather. “Not rarely, we want to get to a place, but we are not able to because of the weather. So, we wait until the next day. We persevere until the mission is accomplished, regardless of who is involved – to look for someone who is sick, to provide vaccine, to deliver food”, guarantees Medeiros.

In the Amazon, there is a rainy season and also a dry season. “Often, during the dry season, when the river is not navigable, the Air Force becomes in charge of delivering food, in addition to a series of other assistance services and few people are aware of it. It's not that we don't want to show it, but we don't need to be trumpeting what we're doing”, he says.

To guarantee the protection of the Amazon, Brigadier-Major Medeiros says it is essential to have people who are really engaged in the work towards the development and protection of the country. “We are part of Brazilian society and our job is precisely to support this society in whatever it needs. Sometimes, people tend to put a divide between civil and military society, but there is no such thing. There is one Brazilian society”, he believes. “With the motto 'Wings that protect the Country', the Air Force, wherever it is, will always be carrying out this protection work. ‘Wings’ because we fly and arrive fast and, consequently, we manage to do everything that is necessary. Society can and must count on us, because we will always protect the country”.

Air base in Belém

At the Air Base in Belém, the commander, Colonel Aviator Ricardo Bevilaqua Mendes, explains that there are four main operational organizations. One of them is the First Air Transport Squadron, which sends ballot boxes, transports wounded people, vaccines, military personnel and representatives of Federal Organs, such as the Federal Police and Instituto Brasileiro do Meio Ambiente e dos Recursos Naturais Renováveis [IBAMA] and provides support to people who are under vulnerable conditions. There is also the Neptune Squadron, which has an aircraft whose main mission is to carry out maritime patrol and performs searches and reconnaissance over the national territory.

“The Army never stops. We must be able to accomplish any kind of mission”, guarantees the Northern Military Commander, Army General João Chalella Júnior. According to him, the Amazon is so important to Brazil that, previously, there was only the Amazon Military Command in the region, which was responsible to cover the Western and Eastern sides of the territory. “Due to the strategic importance and some differences between the “two Amazons”, the Northern Military Command (CMN) was inaugurated, in 2013. The mission of the CMN is the defense and protection of the Eastern Amazon, explains Chalella.

The General points out the work done by the institution at the border areas, the fight against the transnational illicit and actions to support many federal departments and institutions, besides helping in logistic, for instance, providing transportation. “The Army does not function alone. We work together with the Air Force, Navy, and with other institutions, such as IBAMA, FUNAI, among others. We are the “strong arm” and we have another side, which is the “friendly hand”, our motto. The Army’s friendly hand is quite effective. There are also other operations to support indigenous communities”, he says. Furthermore, he highlights the Army help to the Civil Defense, for example, during the flooding seasons in Marabá, when hundreds of residents are affected.

Chalella emphasizes that among some important actions, there is the “Agata Operation”, at the border extension; the “Verde Brazil Operation”, which fights against deforestation and illegal mining; and the “Bailique Operation”, aimed at helping municipalities and civil institutions to storage, to board and to distribute water for the residents of the Bailique archipelago, in Amapá state, where there is shortage of clean water during this time of the year, because there is a salinization phenomenon in the waters of the Amazon river, caused by the dry weather. The main problem to carry out that kind of mission in the Amazon is the transportation. “There are some roads that are inaccessible during the whole year and the distances traveled are pretty large. For instance, there was a unit operating 1,400 km away from the headquarter, so, during the actions, we have to integrate all the modals, including helicopters, whenever necessary”, he says. According to the General, the pandemic did not stop the actions of the Army. “We are always ready for the extremely hard missions. The covid was a great logistic operation. We delivered many oxygen cylinders and medicines. It was part of our work”, he highlights.

Chalella points out that, in order to face the challenges to ensure the defense and protection of the Eastern Amazon, it is essential firstly to provide training for the troop. “For the defense and protection of our Eastern Amazon, we need equipment, resources and well-trained people, ready to step in anytime. “Strong arm and friendly hand” working to guarantee the sovereignty, laws, order, and defense of the country, but we also have to be ready to help the population, working together with other institutions here in the region”, he affirms.

The Northern Military Command encompasses the states of Pará, Amapá and North of Tocantins, covering 20% of the national territory.

Command of the 4th Naval District: fight against the environmental and transborder crimes

Some of the missions carried out by the 4th Naval District (Com4ºDN) include actions such as, preventing environmental and transborder crimes, in ocean and river areas; implementing and monitoring the enforcement of the laws and regulations in Brazilian Jurisdictional Waters, in the Continental Shelf and in high seas, besides naval inspection and patrolling, including cooperative actions with other government institutions, operating in the states of Amapá, Maranhão, Pará and Piauí. The 4th Command is responsible for the Eastern Amazon area, which is based in Belém. The Command of the 9th Naval District (Com9ºDN) is in charge for the Western Amazon area.

According to the Corvette Captain Jean Bergamaschi, in charge for the Training and Communication subsection of the 4th Naval District, the most important mission is to train and use the Navy Force, Air-Naval Force and the Marines to contribute to protect the country, to ensure the constitutional powers, the law, the order, and to support the foreign policy. In practice, riverine operations are carried out to guarantee the defense of the territory, besides actions to ensure the enforcement of the law and order, in cooperation with other government institutions, rescue operations, support to the search and rescue service in the area covered by the Com4ºDN, aiming at preserving the human life in the sea and in the rivers. Other kinds of operations are, for instance, social civic actions, focusing on humanitarian assistance and help to health actions in riverine communities, operations in partnership with other Navies, focusing on supporting the foreign policy.

In 2021, the main actions were the patrols in rivers and seas; search and rescue operations, and the Agata operation, which aimed at intensifying the presence of the state at the land and sea borders. Bergamaschi also pointed out the “Operação Verde Brasil 2” [Green Brazil Operation 2], to fight deforestation, fires and illegal mining, another operation was “Samaúma”, with the purpose of helping to prevent fires and illegal deforestation in the Amazon; lastly, “Pão da Vida operation”, focusing on reducing the problems faced by the marajoara population under social vulnerability conditions, which was increased during the covid-19 pandemic.

The Corvette Captain Jean Bergamaschi states that one of the main problems is the large extension of area covered in the operations, and the complexity about them, since they include both sea and river areas, each one has certain specificities. “There are around 5,500 km of navigable rivers. Those dimensions demand a complex logistic support, proper equipment and highly trained people”, he explains.

In 2021, Amazon had the worst deforestation in the decade

Deforested area was 29% bigger in comparison to the previous year. Half of the devastation occurred in federal areas 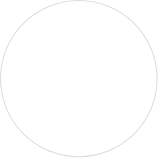